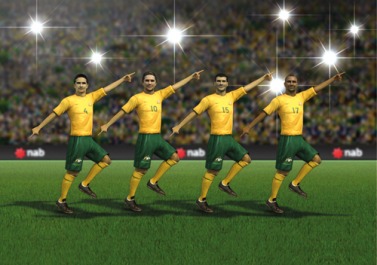 Goal Sports found victory in their second match with a superb display of team work. The team were boosted by the inclusion of Jordan Fraser (Kilham) and Charles Williams (Cherry Burton) with a number of players unavailable for selection from the last game.

The first period set the standard with Goal Sports looking far more organised and with a much better defensive shape than the previous game, it was obvious the two training sessions had paid off as the defensive line was excellent. Once again Tom Whitfield and Isaac Ward dominated in the centre of the pitch and created numerous chances for the forwards. The opening noteable action came as Ward surged in to the penalty box only to be brought down. After dusting himself down the Goal Sports Captain took the penalty himself, drawing a good save from the Scarborough keeper. Ward was first to react from the rebound as he scored the first ever goal in Goal Sports history!

The goal gave the young team confidence as they zipped the ball around the perfectly watered Scarborough pitch. It was a matter of time before more goals followed as Hayden Javeleau and Ward again having good chances.
Ward was instrumental in everything as he whipped in an almost undefendable corner that Alistair Jacques was unlucky not to convert. Scarborough failed to clear their lines and Harry Davis finished in style from 16 yards with a left footed drive to make it 2-0.

In one of Scarborough's only attacks they found the net themselves as a shot from 20 yards made its way past Liam Fearnley in the Goal Sports goal.

The second period saw no change to the scores although Hayden Javeleau did have a goal ruled out for offside after a flowing move involving his strike partner Joseph Leslie.
Goal Sports were looking particulaly strong down the flanks as full backs Matty Phillips (Cherry) and Keir Smith (Kilham) were supporting their wingers and getting up and down the pitch.

The final period saw the bulk of the action and the main attacking play from a rampant Goal Sports. The goal of the game came 5 minutes into the period as Keir Smith produced a wonder ball from the right which picked out Sam Pallant (Driff Jnrs) who finished with a fine volley of technical brilliance.
Not to be out done Goal Sports midfield maestro Ward smashed home from 20 yards with an absolute screamer and Joseph Leslie got his first of the game climbing highest and finishing well from a corner. With the action all in the forward areas it must be noted that none of this could not have been achieved if the defence hadnt bossed the game as it did with a special mention to Alistair Jacques (Garton) who not only won his tackles but showed priceless communication skills. Jordan Fraser in the holding midfield role gave his midfield team mates the license to attack, and attack they did as Leslie got his second of the game after some fine one touch passing from Javeleau and Ward.

The final goal of the game came from Sam Pallant as he demanded a quick corner and finished well at the keepers near post. Once again the defence held firm as Keir Smith expertly cleared off the line with two minutes to go.

A fantastic performance from the Goal Sports team with outstanding performances all over the pitch.

The Man of the Match was given to Keir Smith for his hard work, communication and ability on the ball, not forgetting his Beckham like cross! A top performance from right back and right midfield.